Remember this entry with some pictures of the house I grew up in?  (We now refer to it as the 4100 House.)  My posting was to compare the house from when we lived in it, to how it looks today.

Well, I can’t get the house off my mind and when I get curious about things, I can’t stop researching until I’ve exhausted every resource.   My current fascination has to do with the “remodeling” they did upstairs and down.  When WE lived there, the upstairs was a big open loft and there was a door that led into a huge walk-in attic.  Here’s a picture of that attic on the day we moved out: 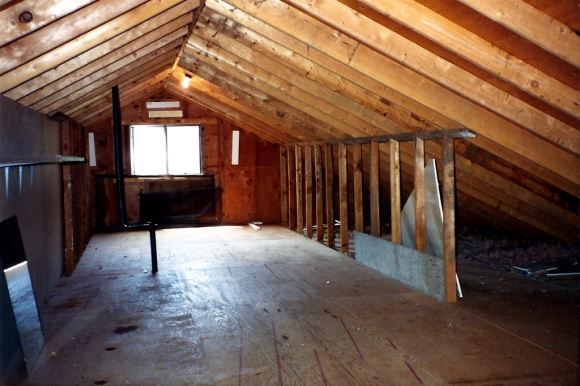 I tried to find a picture of the loft area…..but couldn’t really find one.  It was basically a huge upstairs family room with a vaulted ceiling and transom windows at the roof line.

When we moved out of the house, another family moved in and they had more kids than bedrooms so ended up partitioning off the loft to make it into a bedroom, and they “finished” the attic space to make a playroom and another “bedroom” at the far end.  Where the pipe runs from floor to ceiling, that’s where they divided the room building a wall to create a small bedroom there.   No bathroom upstairs for those 2 bedrooms, and certainly no real ventilation- air or heat.  We toured the house when it went up on the market back in 2004 and I remember the upstairs being very stuffy and hot.  Yuck.

After touring the house back in May and seeing all the changes, I heard that another house in the neighborhood (same layout but reversed) did a modification to their upstairs, too…..converting the loft to a giant Master Suite and adding a Master Bathroom to the upstairs at the far end of the attic (where there’s a window), and making the space in the middle their walk-in closet and storage area.

I googled the address and found several pictures from when the house was on the market several years ago.  Oh my gosh…..this is amazing!

Check out their upstairs conversion:

Isn’t that just stunning?  As a result, they increased the square footage of the house to 2,461sf.  Holy cow!

Here’s a picture of how they transformed the upstairs appearance from below: 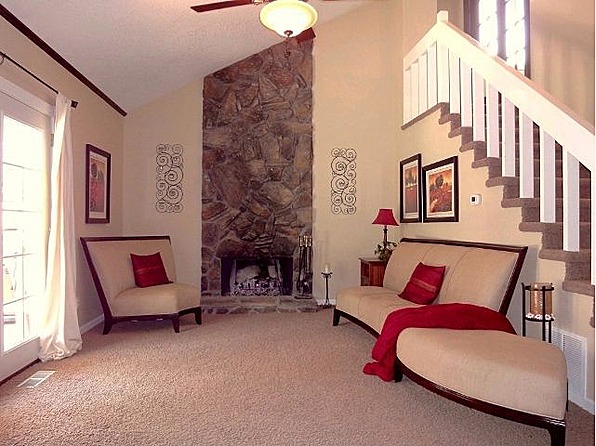 Solid wall, French Door entry at the top of the stairs….I love it!

As I was looking at the pictures, I found it interesting to see that they also remodeled the entry and dining/living space to remove the hallway wall….just like the 4100 house!

And the identical (but reverse floorplan) house:

They also took down and opened up some kitchen walls: 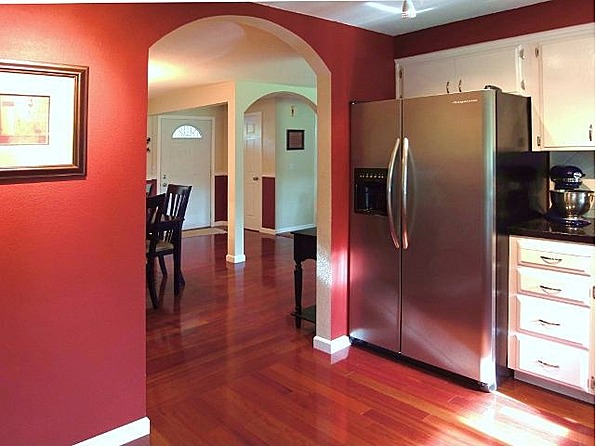 And look at the backyard improvements: 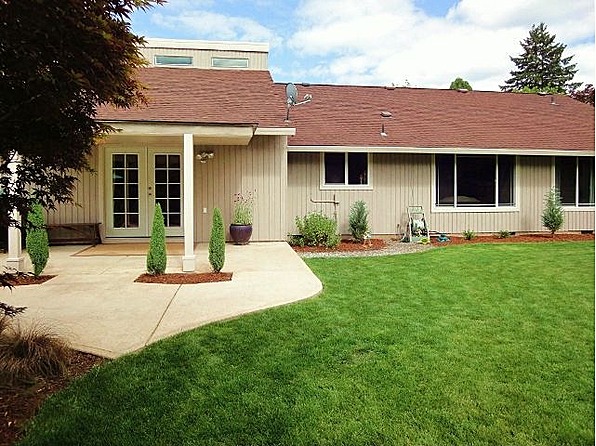 The house was sold in 2010 for $260K, which I think is STUNNING for the housing market at that time.  Which has me even more fascinated with the 4100 House because of the possiblities.  Although to bring it to that level would cost someone a lot of time and money for such a major overhaul.  Especially since someone already “tried” to do something and there would be a lot of demo involved.

Wish I was a millionaire and didn’t have to work for a living- it would be a blast to go in and renovate a house like that!