And they weren’t the paper kind!

Someone had posted “snowflakes” like this on one of the Daycare Facebook pages I belong to, along with instructions on how to make them….so I “borrowed” a box of Borax soap from one of my daycare families and followed the instructions and voila!

It was pretty easy, but here’s what I learned in the process…..

– However you plan to hang the snowflake after it’s finished…..better put that ‘hook’ on from the start!

– The hotter the water mixture the better….and the faster you can cool it the better (put it in the fridge!)

– The cup needs to be completely CLEAN

– The borax needs to be completely DISSOLVED

Other than that…..it’s pretty easy!

Here’s the how to: 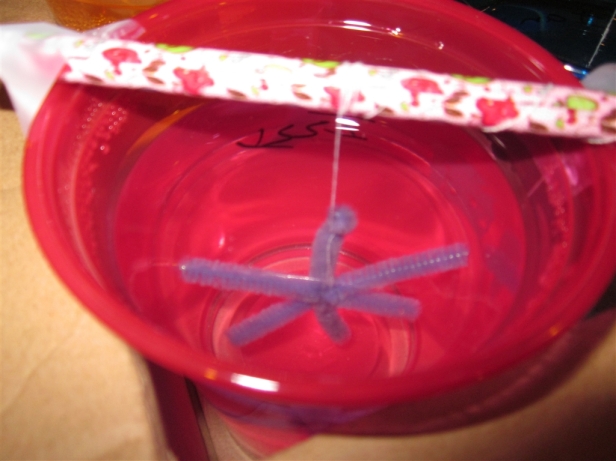 Each daycare kiddo took home a small box with their snowflake ornament and some round laminated paper ornaments as well: 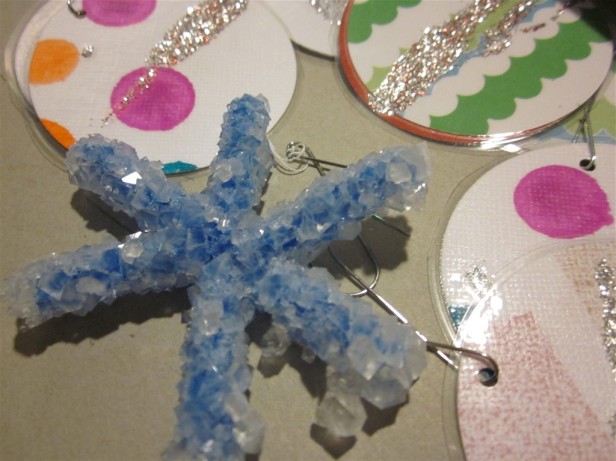