When the warning label says, “warranty does not apply to bevelled edge products when used in bathrooms”, um, that should be your cue to NOT use it in a bathroom.

Remember the beautiful floor we put in our main bathroom back in 2009? 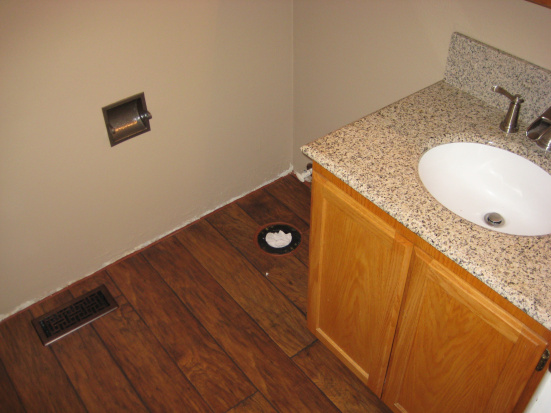 It has to come out.  Four short years later.

Our first issue was boy pee.  You know how boys have bad aim- and pee ends up on the floor behind the toilet….and our toilet is so close to the wall (and it’s so dark in there) that you just can’t see the pee to know that it’s there waiting to be wiped up…. 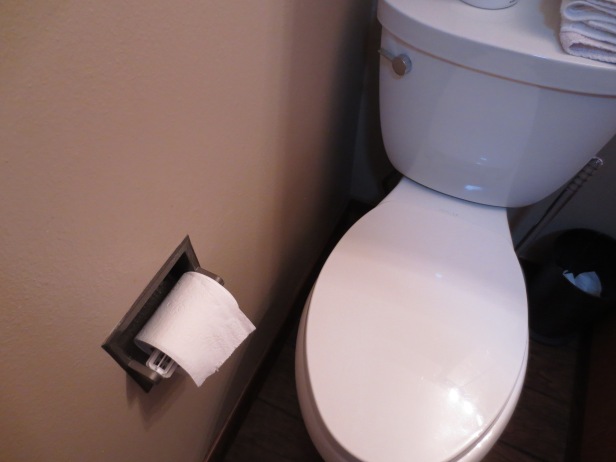 Strike one.  When we first identified the issue, we put caulk over that swollen seam and just made sure to put a towel down whenever Trevor had his friends over (those are the only boys that use that bathroom).

Now we’ve come to the conclusion that it wasn’t just boy pee, or getting the floors too wet when we mop….we think we have a really slow leak in our toilet.  In the past year the caulk around the toilet has yellowed and dried and is peeling away, and every seam around the toilet is now swollen.  I’d show a picture, but yuck.

I toyed with the idea of just replacing the affected planks, but now we have another problem.

Stupidly putting a seam right where one would step out of the shower. 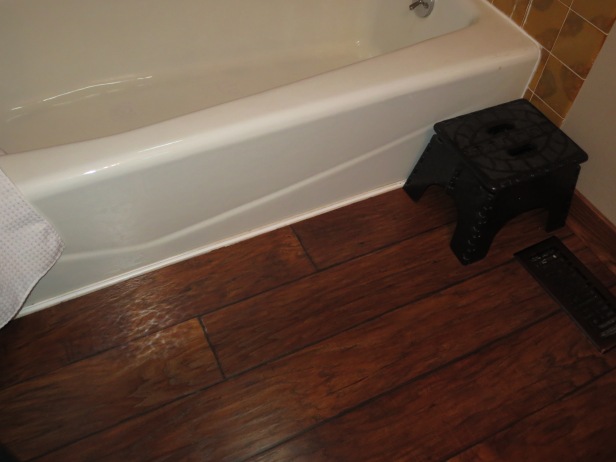 The first time there was standing water on that seam- it swelled right up.  It eventually went back down, not fully, but mostly, and we put some glue on it to try to re-seal it.  We don’t use that shower, anyway.

BUT, this week, Trevor decided to use it.  We’ve never talked to the kids about the floor and I wasn’t home when he decided to take a shower in there.

It’s safe to assume that he did not clean up any of the water that was on the floor because now we have SIGNIFICANT swelling at that seam. 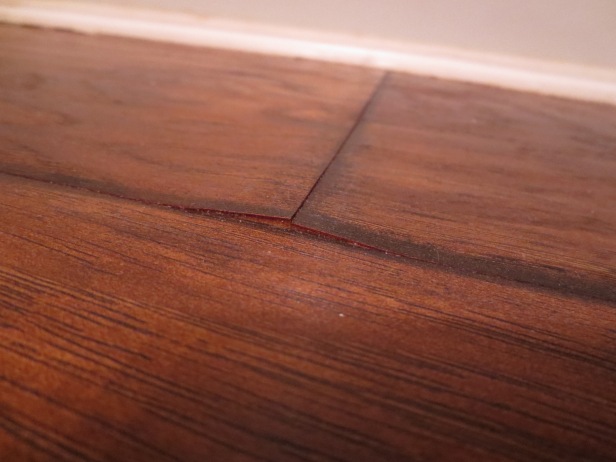 That picture does absolutely no justice.  Each seam is supposed to have a beveled edge.  Here’s some shots with the flash off to show the dimension a little better (damage on left, original on right)

The master bathroom floor is also a laminate wood product and it has held up OK, not perfect, but not damaged like the Antique Hickory in our main bathroom.

If we don’t get the 4100 house, we can move a main bathroom remodel up on our priority list- starting with the floor.  I’m thinking we go for a tile floor this time around- and Lowe’s sells a “wood look” tile that I think would be a perfect replacement!

Here’s how it looks in action: 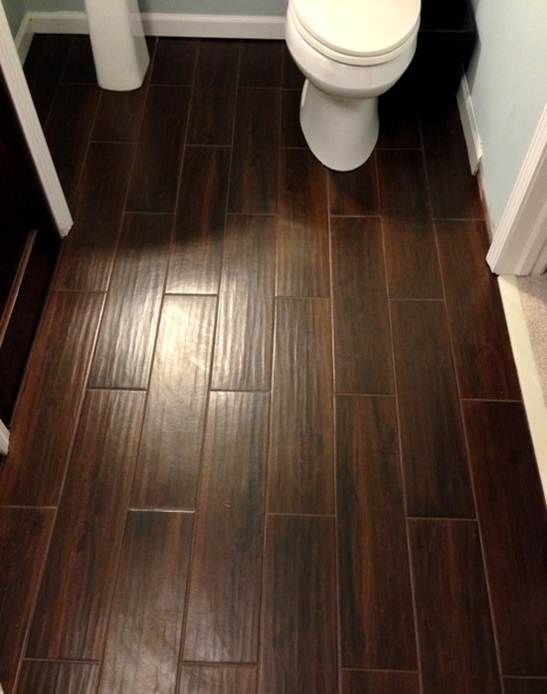 Another option that I’d be interested in is the “linen look” tile (except in a beige color, not gray tone): 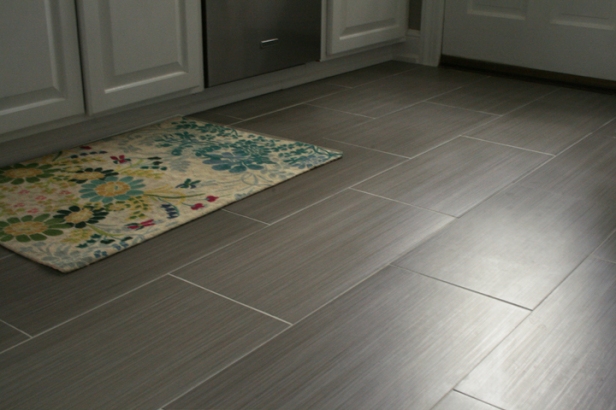 Who knows, we might end up doing both bathrooms.

Or we might just end up doing only the main bathroom…..whether that’s the full upgrade we’ve been dreaming of, or just the floor, time will tell.

I really wish there was a way to make that bathroom bigger.  Both bathrooms bigger, actually.  At a minimum there should be more room around that darn toilet.  And more counter space and double sinks would be helpful, too, since it’s the main bathroom for the kids to use.   Hmmm…. if we take down the wall behind the armoire, and move the armoire forward a few feet, turning the giant “pass thru” into a hallway, and rearranging how the bathrooms are situated…hmmm…. 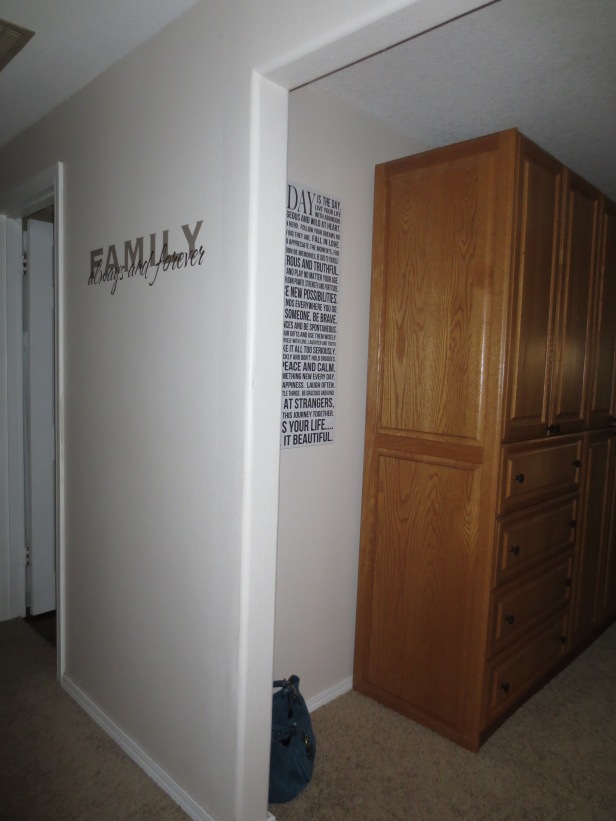 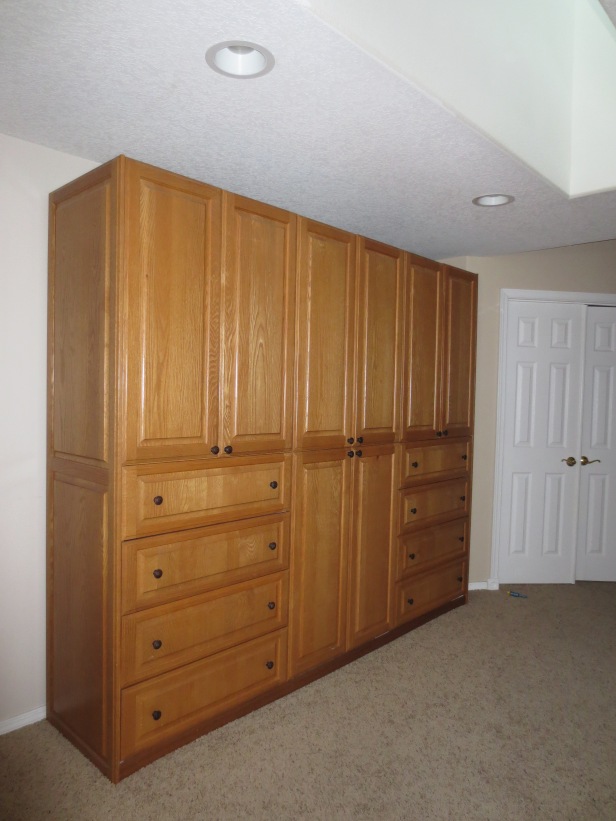 But then we have that angled playroom door that would be really awkward.  I guess I’m done dreaming for now.

One thought on “Warping Wood”