The girl has been telling me for a while that she wants SHORT hair…..and after realizing that she will never pull her hair back into a ponytail or wear clips or barettes in her hair, I decided maybe she should have short hair.

When we went to the hairdresser (ok, it was Great Clips because I had a $6.99 coupon), I told the gal to cut it however Riley asks…and the two of them flipped through some magazines and Riley chose her haircut and the gal wanted me to confirm it as being OK and I said again, “whatever she wants I’m fine with!”.  She must not hear that much.  :)

So here’s a recent picture that acts as a good before shot:

And here’s some after shots: 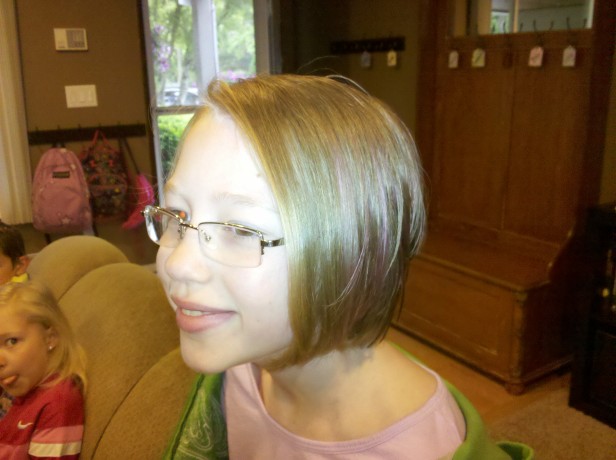 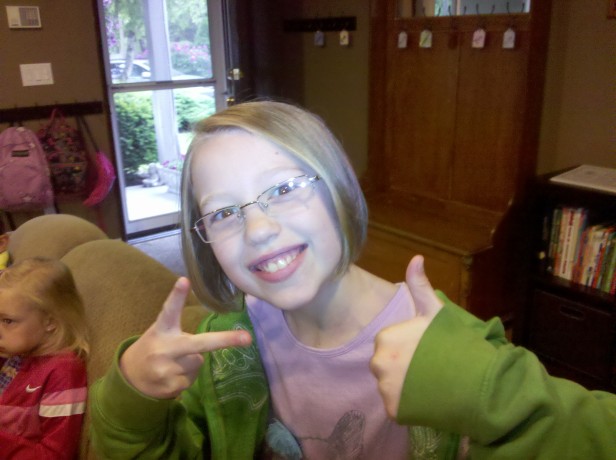 One thought on “Riley’s Shorter ‘do”